What’s 37 inches tall, got four wheels and excited all over? Brayden “driving” a new car at his first auto show.

Brayden is 100% boy. And as his mommy, I know I need to feed my little testosterone machine with mini man things and experiences. That’s why we have tool sets at the house (so Brayden can help Papa build things), race car sets, monster truck toys, ride on fire trucks and a slew of decidedly boy things (though, for the record, we also have “babies”, kitchen/cooking toys and other things to nurture both sides).

As most little boys do, Brayden loves cars, trains, planes and anything that goes vroom!, so it was a no brainer to head down to the Reno Sparks Convention Center for the 2013 Reno Auto Show. 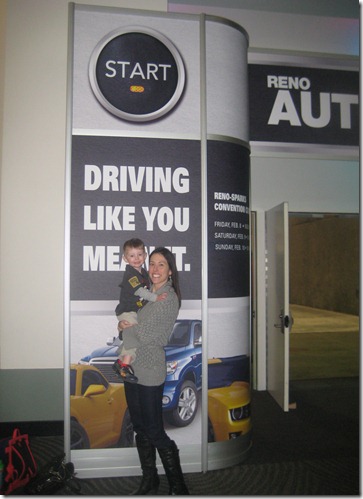 When we walked into the conventional hall, Brayden let out a quiet “wow” and immediately made a beeline for…yup, you guessed it…the most expensive car at the entire show, the new 2013 Porsche 911 Carrera 4. Of course. 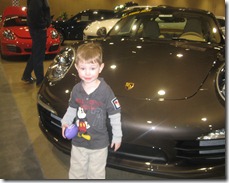 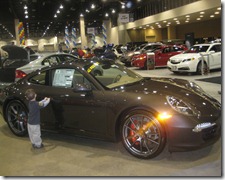 Genetics never fail to amaze me. There are hundreds of cars at the show and dozens right when you walk in but Brayden immediately throws himself at a Porsche. Considering his Grandpa Jewell has a Porsche himself, I think it may be in Brayden’s bloodline.

But seeing as this was a fancy car, the doors were locked. No seat pictures for little b in the Porsche.

No worries though, just about every other car was available for toddler inspection. Brayden was in all his glory sitting behind the wheel of all sorts of vehicles. 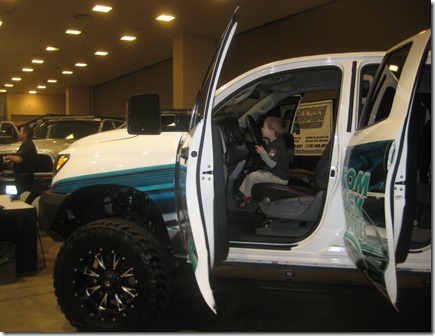 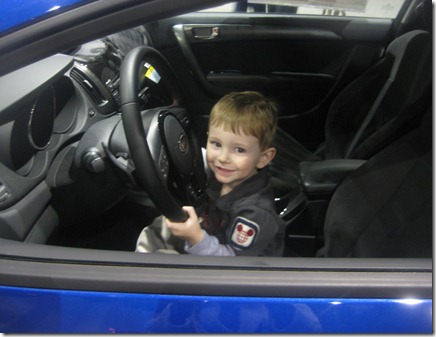 and the zzzooomiest bright yellow sports car I had ever seen. 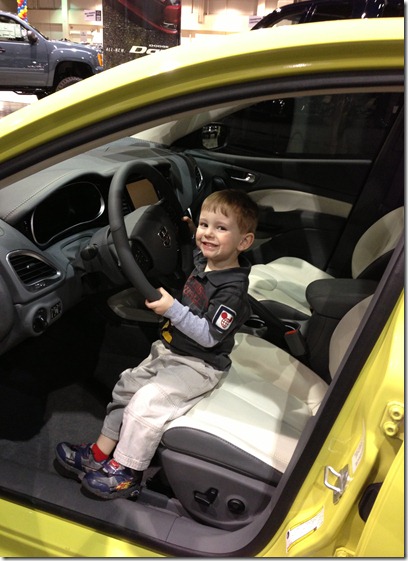 He especially liked the sports car. Just look at that ridiculously happy grin (which actually scares me a little). When he got into a particularly cool car, he would turn to me and say with a big smile, “I am Brayden.” It was too cute for words.

We also practiced our manners and, if a salesperson was around, we asked if it was OK to sit in the cars we looked at. As a reward for his good behavior, the lady from the Cars.com booth gave Brayden a little football. 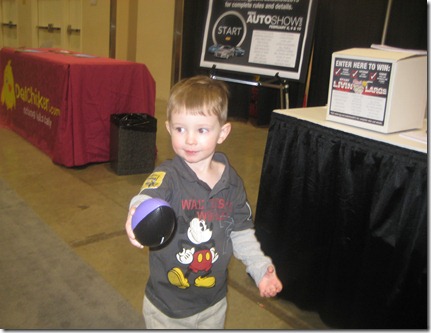 There is no better compliment than a total stranger recognizing your child for good behavior.
When it was time to leave, Brayden had one final request—to take a picture with the Kia hamster. Sounds like a deal to me, little man. 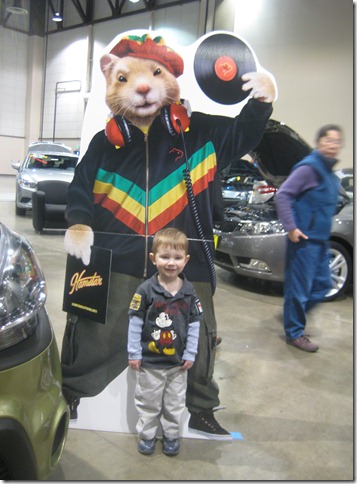 Brayden may only be two years old but I know the next 14 years will pass quickly, and I’ll have a 16-year-old on my hands before I know it. And although much will change with him between now and then, I have a feeling that at the 2027 Auto Show he’ll still be making a beeline for the Porsches…
Posted by Beth at 1:33 PM