Mad About the Mouse

Brayden did something I had been waiting for since the moment he was born—he discovered a love for Disney.

In my high school junior year English class, we had to write a paper about a future life goal. Even though I was only 16 at the time, I wrote about wanting to take my kids on the best Disney World vacation ever. My family took regular trips to Orlando, and many of our favorite times together happened there.

My Mom, Dad, Uncle Steve and Aunt Barbara brought me on my first Disney World vacation was when I was four years old. My parents were expecting my little sister, Heather, so this was the 1983 version of a family babymoon. I have the best memories of this trip and loved meeting all the characters from my favorite Disney storybooks and cartoons. 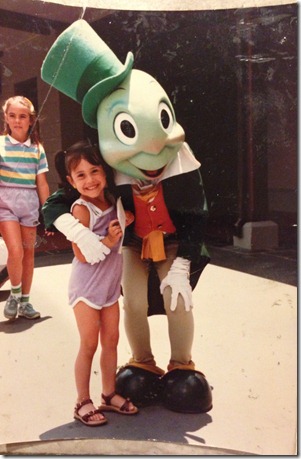 Those childhood trips had a lasting impact on me, and I couldn’t wait to create the same special memories for my kids.

Now let’s flash forward to late 2012. Believe it or not, I hadn’t exposed Brayden to much Disney yet. He had the movie Cars, but that was about it. So imagine my surprise when he came home one day ranting and raving about Mickey Mouse of all things. In short order, Mickey Mouse Clubhouse became a regularly recorded program on our DVR, Mickey Mouse pajamas were purchased and the baby Mickey plush doll my sister and brother in law gave Brayden came off the shelf and into his bed.

As fate would have it, I was sent to Orlando in January for two back-to-back business trips. On the second trip, my co-workers and I went to Downtown Disney, and I bought little b a bunch of super cute paraphernalia, including Mickey Mouse ears with his name embroidered on it. 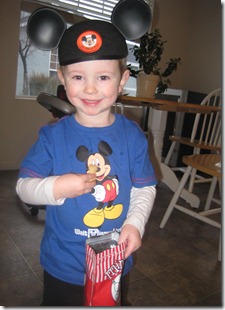 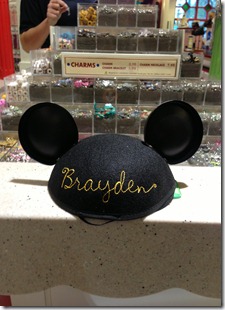 Brayden was on cloud nine when he got his goodies. He especially loved his ears and insisted on wearing them anywhere and everywhere, such as raking in my parents backyard,… 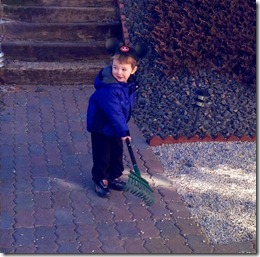 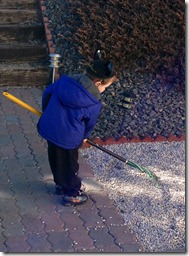 the grocery store, Kohl’s and playing in his ball pit at home. 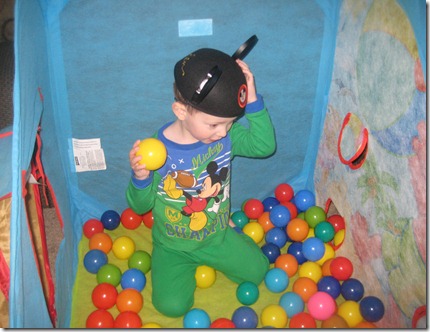 I couldn’t be more excited to share Disney with Brayden, and the thought of taking him there makes me giddy. Being on the West coast, we’ll probably start off by visiting Disneyland in California next year and save Disney World for when he’s five or six. I’m bouncing up and down in my seat just thinking about it.

So in the meantime, if you stop by the house you may very well hear shouts of “Super cheers!” (Mickey Mouse Clubhouse), “Yo ho ho!” (Jake and the Neverland Pirates) or “Ka-chow!” (Cars). And my mom has an entire collection of Disney movies on VHS she (literally) moved 3,000 miles from Connecticut to Nevada so you could say Brayden’s pre-vacation Disney education is officially underway. Thankfully, graduation will be the trip I’ve been dreaming about since I was 16.