Take me out to the ball game

Brayden watched his first baseball game today when we took him to see Reno’s minor league team, the Aces. And in the spirit of the outing, I’d call the experience a double.

Brian, Brayden and I got to the Aces game at the top of the 7th. Why so late? Because the game started at 1p and that’s smack dab in the middle of the holy time known as nap. An unavoidable issue when your clock is set to KST (Kiddie Standard Time). But no worries, as the ticket taker said to us—better late than never! 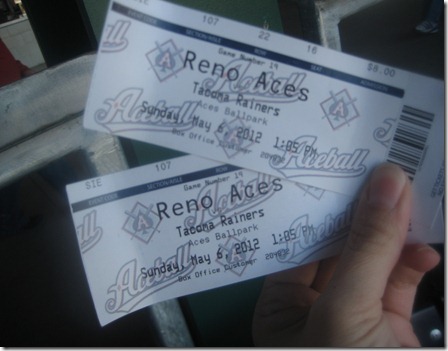 My brother, Ryan, got us great seats practically right behind home plate underneath the awning and out of the sun. Brayden was a bit quizzical about the whole thing. He was puzzled by the players running around the bases, the field, the crowd, the random clapping, you name it. Not so much in a bad way. Just in a way that would be normal for a toddler who’s never seen such a thing. 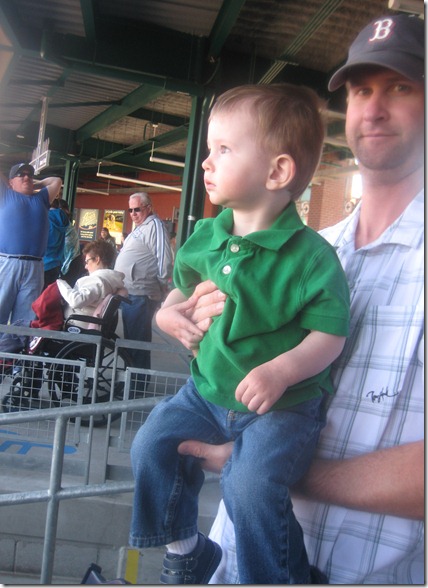 Things picked up at snack time. This is also where I’d like to formally make my first product endorsement. The Gyro Bowl was made for situations like this. Brayden sat all askew but thankfully that bowl (and it’s bright red berry contents) stayed right side up even as he constantly adjusted and squirmed. The Gyro Bowl was a gift from the aforementioned Uncle Ryan. Good call, little brother. 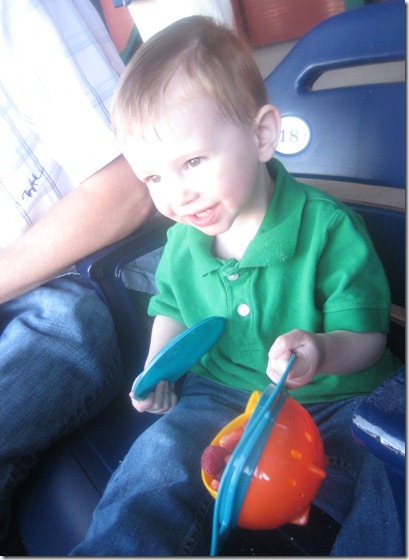 After the berries it was time for the rite of passage known as stadium food. Brayden shared a pretzel with me which he was pretty tepid about but continued to munch on it off and on. 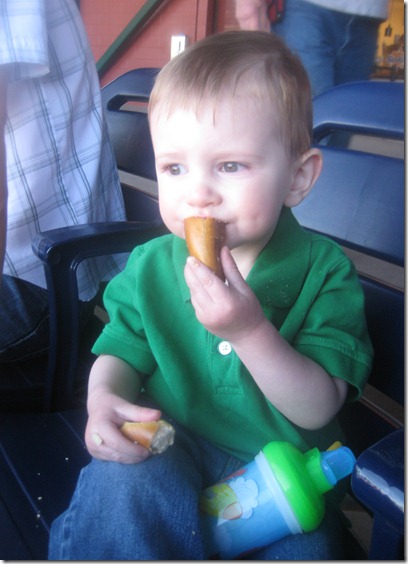 Probably the funniest thing that happened was with Archie, the mascot for the Aces. Archie is a big furry red thing/monster/? so it was a surprise (to say the least) when Brayden spotted him and wanted to see him closer. Not sure how this was going to end up, we cautiously approached Archie. That’s where things got interesting. It appears that 7 feet is the acceptable distance between Brayden and red monster thing. When we got too close to Archie, Brayden FREAKED. But if we stayed a comfortable distance, he was happily smiling, waving and saying “Archie”. I can’t explain it. He’s the boss so we go with his flow. 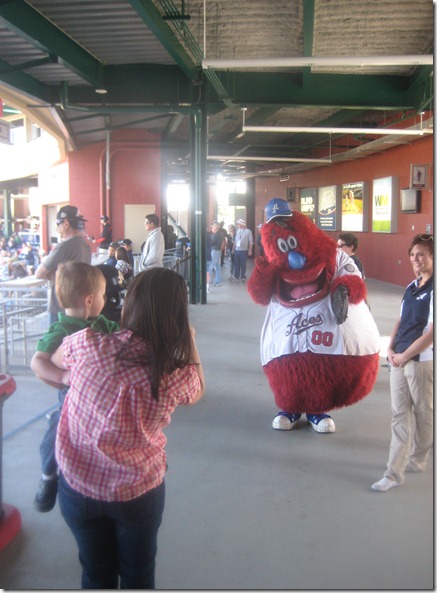 After the game was over we walked down and took some pictures by the field. 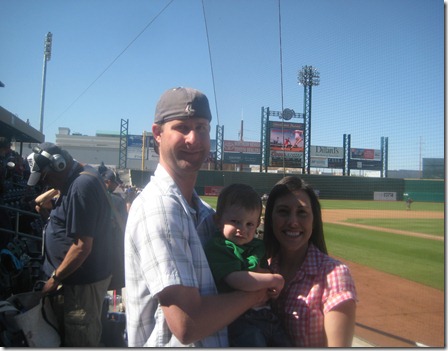 And as fate would have it, a very good poker friend of ours, Dick, and his wife were sitting right in front of us. Brayden loved the special attention he got from them. 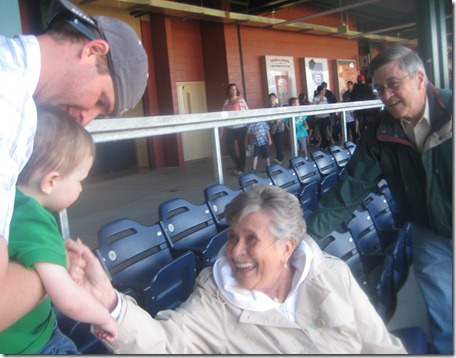 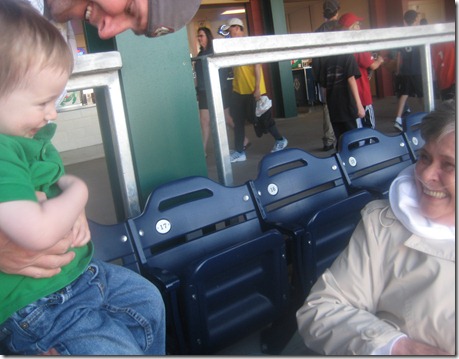 In all, not that bad. I think little B will warm up the more we go which is something we plan to do several times this summer. Batter up! 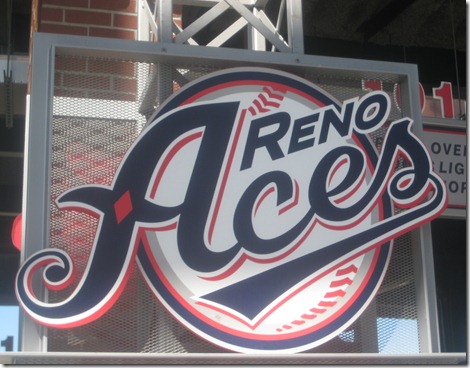