In lieu of Christmas gifts, please send money to seed Brayden’s future therapy fund.
Last Wednesday, the big man in red visited Brayden’s daycare center. As evidenced by these photos, this was apparently the equivalent of psychological torture. 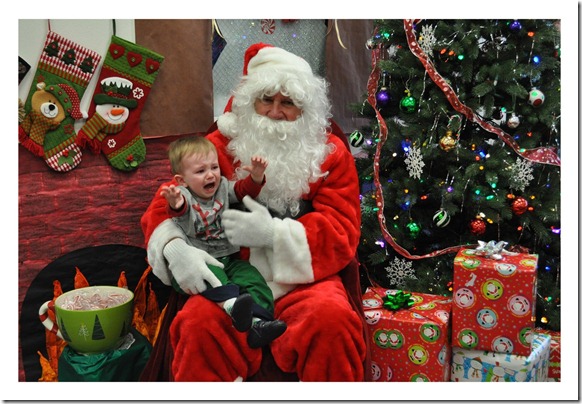 If little B doesn’t quite turn out right, at least we know what started it…
Taking your kids to see Santa is rite of passage that is clearly more for parents than for the children. At least until the kids get old enough to figure out the connection between the random man they’re supposed to tell their hopes and wishes to once a year and presents appearing under the Christmas tree.
I showed up at daycare a little bit after these pictures were taken. Brayden and I gave Santa another go, but this time he was safe in mommy’s arms. 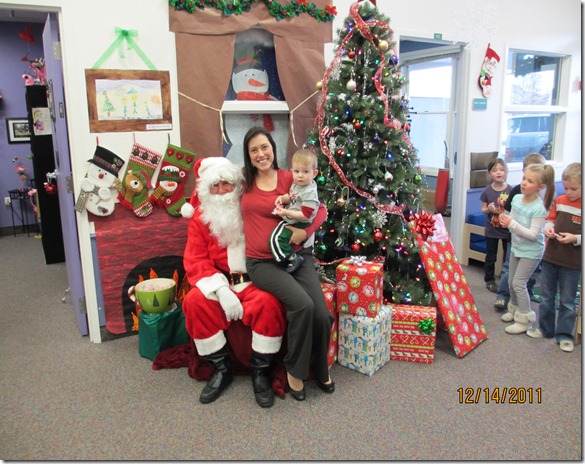 This was Brayden’s second visit with Old Saint Nick of the season. His first official visit was the previous Sunday when Grandma Karen, Daddy, Brayden and I went to one of the area’s small shopping centers. He absolutely refused to go near Santa on his own but he did OK with Dad. 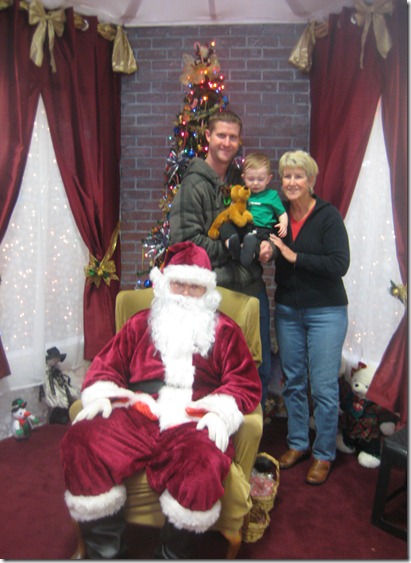 This visit did yield an unexpected but exciting new experience for Brayden – the taste of candy canes. Note the basket of candies next to Santa’s chair in the above picture. Brayden looked at Santa with distain except for the one second when Santa gave B a candy cane at the end. To say Brayden liked it would be an understatement. 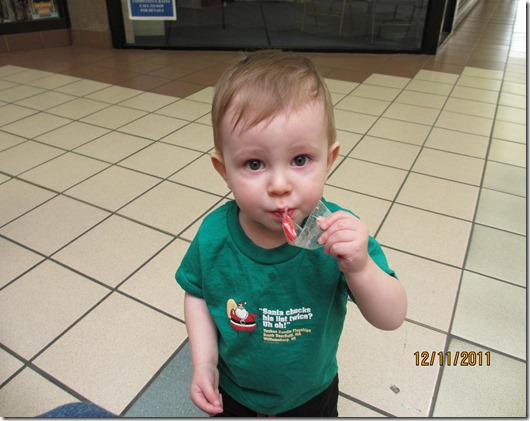 Sugar makes everything better (and more hyper). While on his sugar high, Brayden marveled at the pretty presents behind Santa’s terror chamber. 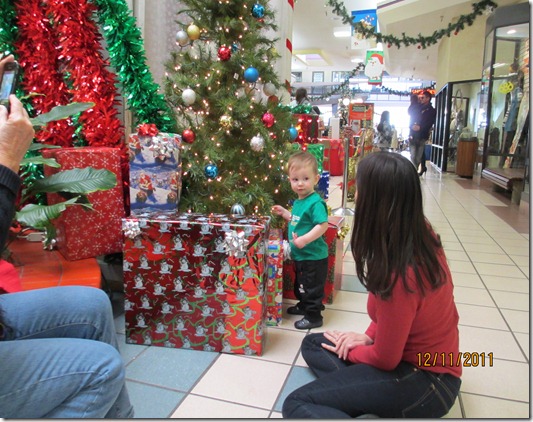 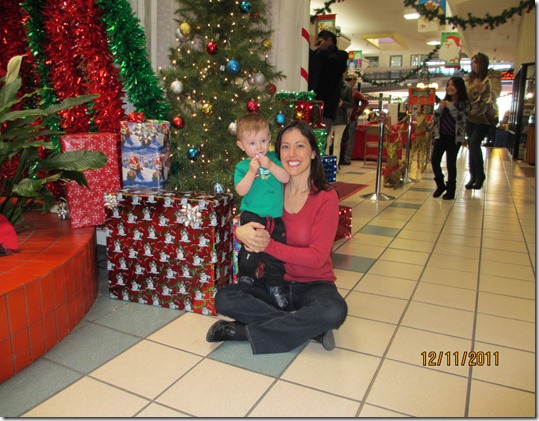 But B is in the clear from the rest of the year. No more run ins with Kris Kringle are planned. At least in person. Today, Santa sent Brayden a letter from the North Pole about being a good boy. I wonder how Santa got Brayden’s name and address? I think Nana may have had something to do with it…
In our next post, we’ll be sharing our Christmas celebration with you. In the meantime, have a safe and very Merry Christmas with your family and friends filled with cheer and love.
Posted by Beth at 8:46 PM