A good friend, Shelle, is the keeper of her Sicilian grandmother’s secret pasta sauce recipe. She very generously made some for Brayden and me, and yesterday we feasted like we were in the Old Country.

Brayden is at a fun age where he’s not as wary about new foods and tastes anymore. Before yesterday he had had raviolis but never traditional pasta. Well, let’s just say that Shelle’s Sicilian sauce sets the bar really high for the rest of Brayden’s Italian food future. He literally squealed with delight after his first bite! 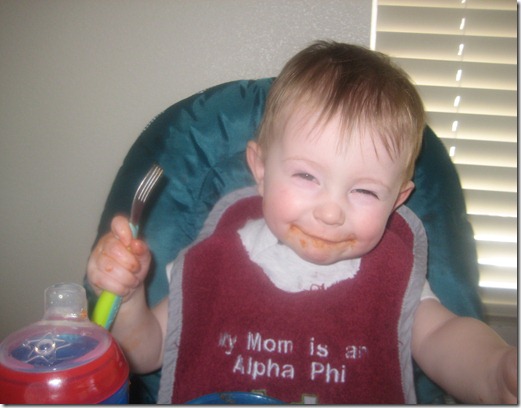 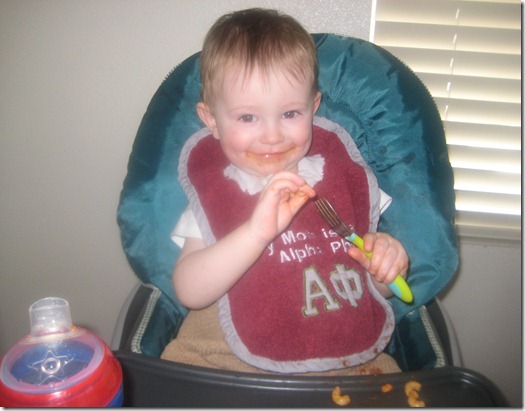 I’m not sure what’s normal for 15-month olds but Brayden is pretty good with kiddie spoons and forks. Don’t get me wrong – he still eats with his hands when utensils get frustrating – but in general he likes to give civilized eating a shot at almost every meal. 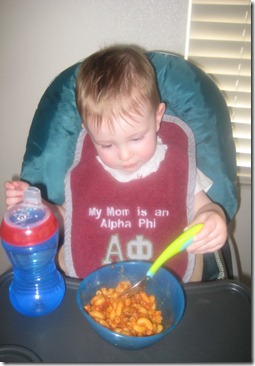 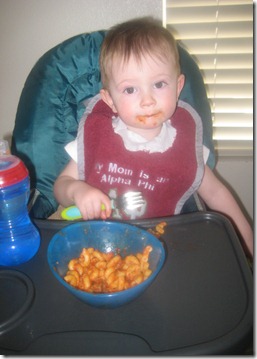 Sometimes he even gets fancy and uses two forks! 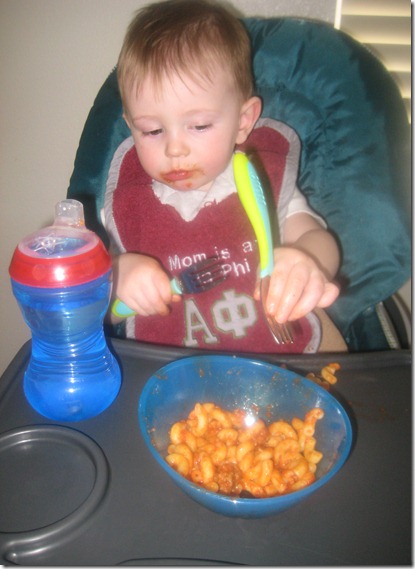 So a big thank you to Shelle for sharing her Sicilian sauce with us, and a second thank you to Aunt Holly for the super adorable Alpha Phi bib Mr. B is wearing (it slips over his head and is PERFECT for messy eating situations!)

OK, so I normally don’t do teasers for future blog posts but I will say my next one will be a mid-week special edition that focuses on Brayden’s encounters with Santa. It’s going to be hilarious!