OK, let’s get to the biggest news first – Brayden is crawling! Yes, I am serious! This has been the craziest week. First Brayden gets his first – and second! – tooth and now he’s crawling and pulling himself up on things. His very first crawl took place Thursday at daycare, and he’s been finessing his technique ever since. Here’s some video of Brayden demonstrating both his traditional and army crawl and working extra hard to get to his beloved, new Mickey Mouse that Aunty Heather and Uncle Jake’s sent after their trip to Walt Disney World. 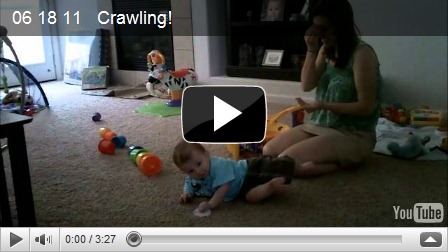 Right after we shot this video, Brayden crossed another first off his list – the heart-wrenching tumble injury. Here he is pulling himself up on the activity table… 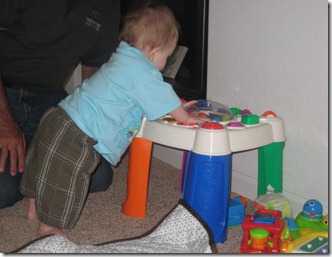 …then falling and bumping his lip on the way down... 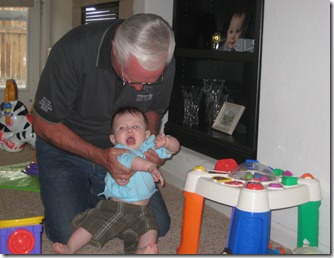 …and showing mamma his war wound (above his lip on the left). 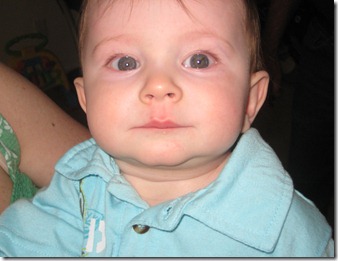 Now onto the sweetest part of the blog posting – Father’s Day! We’ve been celebrating Father’s Day since Friday when daycare hosted an adorable dads and kids ice cream party. And Brayden made Brian a special art project with a little help from his teachers.

Then, on Saturday, the three of us went to dinner with Grandpa Jewell. On Sunday, the big day itself, Brayden gave Brian an exciting gift – a Beer of the Season membership! Unfortunately, Brian had to go to work but Brayden’s Nana, Grampa and Uncle Ryan (my mom, dad and brother) came over to enjoy the day and share in the fun of Brayden’s first baby pool experience.