Parties to the Fifth Power

Brayden clocked in at five birthday parties for his third birthday, with the finale being in Connecticut. I can’t help but think I need to curb this trend next year.

Birthday parties for kids are a slippery slope as it is. Then you add in the complexities of two parents with separate events, and it pretty much becomes a birthday bonanza.

Who could forget Little b’s Swashbuckling Birthday Party? Complete with a surprise pirate appearance, glitter tattoos and more eye patches than you can shake a sword at, it was a jolly good time. 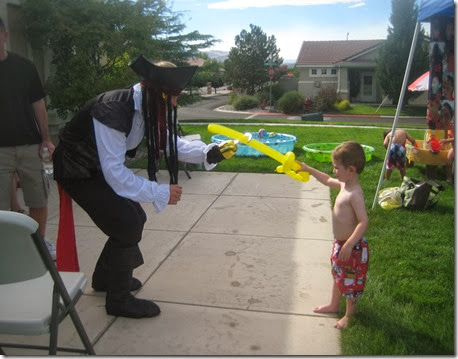 Events #2 and #3 included a party hosted by dad and a day-of actual birthday event. No pictures to share but I’m sure b had a blast.

Over the holiday weekend, my parents hosted a little family BBQ for Brayden and Shawn’s dad, Scott, whose birthdays are two days apart. My mom and Brayden practiced their synchronized corn eating routine, and we’re confident they’ll take Gold for the USA at the upcoming Rio Games. 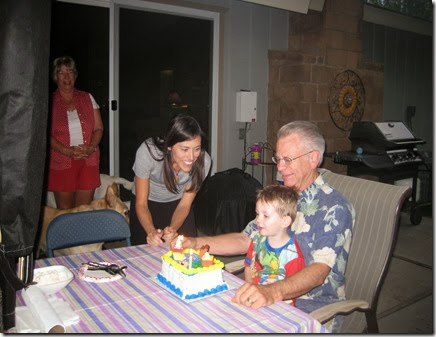 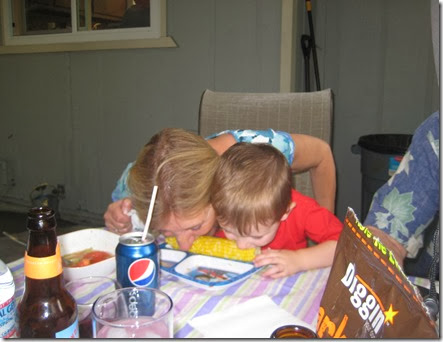 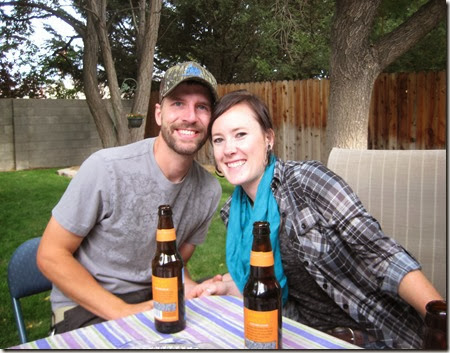 There was a lot of cake at the four previous events but this one actually takes it. Brayden, my mom and I flew to Connecticut in early September to spend a week with family. (Note: I promise there will be more regarding this trip on the blog for those of you who are awaiting it).

The social event of the vacation was a huge birthday party for my Aunty Liz who turned 50; my sister, Heather, who is turning 30; my cousin, Isabella, who is 13; three other family members with September birthdays (which includes our dear little b). We had a fabulous time and appreciate everyone who came out to celebrate with us. 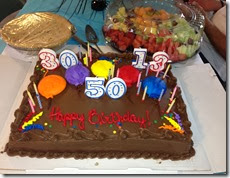 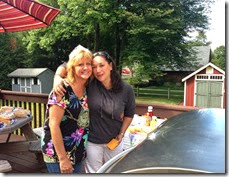 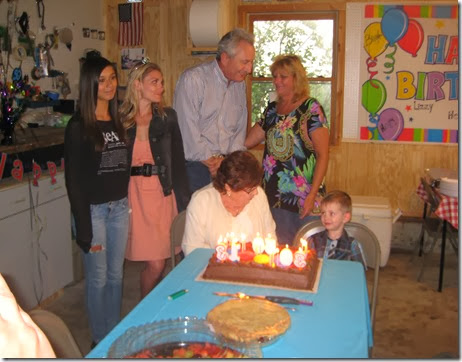 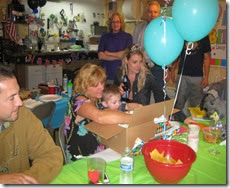 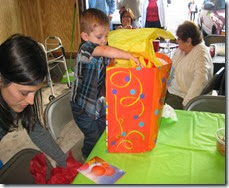 Brayden was quite the social butterfly at the party. Many toddlers may have been overwhelmed by the number of people all wanting their time with him, but he handled it with aplomb, happily smiling and posing for pictures. He lasted several hours until turning to me and saying, “I need to be alone.” We promptly went inside the house for some decompression time after that. 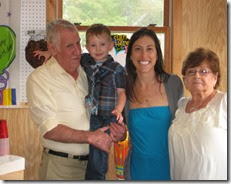 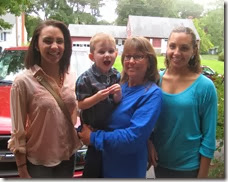 Beyond the fact that family time is fun in general, Brayden actually learned a few interesting little tricks. Like when Uncle Roger showed him how to make an acorn cap whistle. Brayden and Uncle Roger were fast friends, and they became cohorts in no time. 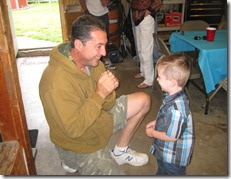 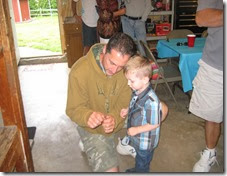 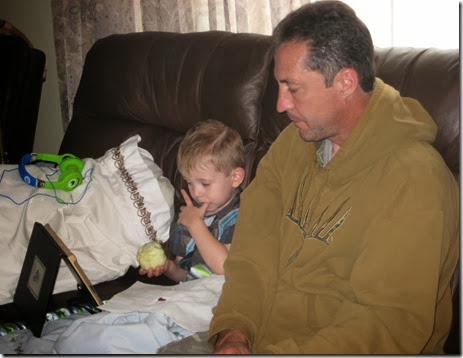 So back to our regularly schedule blog post topic: quantity creep with birthday parties.

Brayden’s dad and I ixnayed a sixth party (!) which was going to be cupcakes at daycare with b’s little classmates. We recognized that, at best, Brayden had been feted enough, and, at worst, we were completely confusing the poor child with regards to what an actual birthday is and what to expect from it.

It comes from a good place, but at the rate we’re going, Brayden may start blocking out entire weeks to be acknowledged for being born and I don’t want him becoming one of those people.

We’ll see how we do!